On August 24, the Atlanta Habitat for Humanity kicked off the 16th annual Atlanta Women's Build (AWB). The event's mission is to empower women by developing homes that are funded and built for women by women. The goal of the AWB is to provide two home builds each year for Habitat for Humanity, an organization that has helped 13.2 million individuals and families since 1976.

As a prominent sponsor of previous Atlanta Women's Build projects, the team from Broadspire, Crawford’s global TPA was eager to participate again. Over 40 women across all of Crawford signed on for the opening day of construction. Every volunteer was hands-on-deck, taking part in the assembly and heavy-lifting of the framework to secure it to the foundation. Other participating event partners from the community included Delta, Equifax, and Wells Fargo.

This year, we helped build a house for a woman working as a library associate in the Atlanta area. The family of four, including a nine-year-old boy and newborn girl, looked forward to having a place to call their own, as well as a yard for the children.

The day began early Saturday morning in the Habitat for Humanity warehouse for preparations. In the afternoon, the action moved to the construction site where more heavy lifting began and we were able to see the future homeowner’s dream begin to take shape.

Being deeply rooted in our RESTORE values and mission to restore and enhance lives, business and communities, women across the Crawford team enjoyed putting sweat equity into our surrounding community. 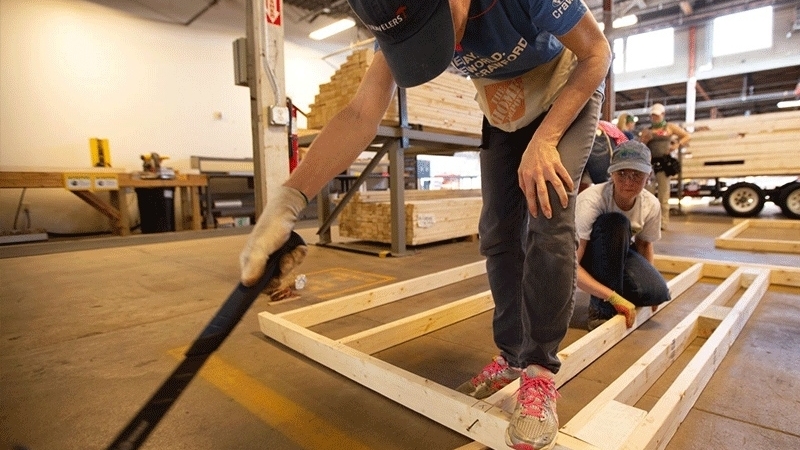 Living our values — the President’s Award

Read more about Living our values — the President’s Award